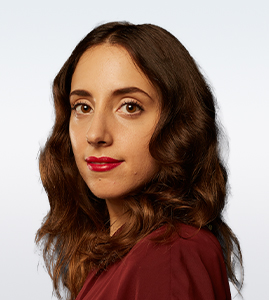 Editor of Audience Reach, The Times and Sunday Times

Leonie Roderick heads up the audience reach team at The Times and The Sunday Times in London, which includes search, social and other third-party platforms like Apple News. She started her career as a journalist in trade magazines, focusing on business reporting while also writing for national titles such as The Independent, The Guardian and the i newspaper as a freelance journalist.

As a senior reporter at Marketing Week, she was tasked with keeping track of the publication’s search traffic and providing regular publishing advice to senior colleagues. This is where her interest in SEO began.

She subsequently joined The Times and The Sunday Times as an SEO journalist in 2018, where she helped grow search traffic and implement best practice within both newsrooms. After stints on the news desk and being appointed deputy head of audience, she took ownership of the audience reach team at the end of 2021, which has been steadily expanding ever since.

Since she took on the role of editor of audience reach, search traffic has increased by nearly a third year on year, and both titles have seen record subscription growth.